The Mariinsky visit to London a few weeks ago and in particular the fact that they brought mime-less Soviet adaptations of ballet classics with them, generated much discussion among Covent Garden audiences about the importance of mime in ballet. When Konstantin Sergeyev revisited works such as Swan Lake, The Sleeping Beauty and Le Corsaire in the 50′s, balletic mime was largely scrapped in Russia as it was considered that new audiences did not need to be exposed to something as old fashioned and reminiscent from Tsarist times. The West would follow suit later on when it considered that dancing should be a complete means of storytelling with no additional form of narration.  Mime became moot.

But well performed balletic mime can be as artistic and as beautiful to watch as the dance itself. It carries forth the story, putting it into context. For instance audiences watching the Mariinsky’s Sleeping Beauty will be given no clues that the Lilac Fairy reverts Carabosse’s curse to princess Aurora by reassuring the whole court that if she pricks her finger she will fall into deep sleep but not die. Of course there is an argument that many of us will be  familiar with this fairy tale and that we do not need such level of detail in performance. On the other hand, omitting the Lilac Fairy mime means depriving audiences of one of ballet’s most moving sequences as this passage assists in developing her character, conveying a full sense of the Lilac Fairy‘s warmth, kindness and wisdom as well as the contrast between good and evil, her calming gestures opposing Carabosse’s jerky, angry movements. All this is achieved by working the upper body, with face, arms and hand gestures that are completely integrated to Tchaikovsky’s beautiful score. Balletic mime is a stylish work of art. 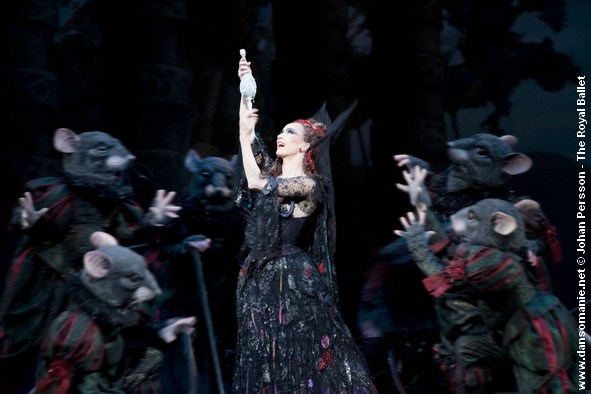 Although we hardly ever see mime in modern pieces, classic works that have been preserved or reconstructed by ballet companies such as ABT, the Royal Ballet and the Royal Danish Ballet (the latter boasting a pure mime tradition that goes back to the Bournonville schooling) tend to contain substantial mime sequences. As we just wrote a post on going to the ballet for the first time we thought the mime basics would also help prepare you for the performance ahead. Chances are you will come across lengthy declamatory, narrative or conversational mime passages if you are going to see a 19th century ballet classic and if you know the basics you won’t be left scratching your head:

Hands circle one another above the head, the arms moving from first to third position.

Ex: in The Sleeping Beauty, just before Aurora’s solo, when King Florestan asks his daughter “will you dance for us?”

Character touches the forehead with the index finger.

Ex1: in The Sleeping Beauty, when the evil fairy Carabosse asks the King and the Queen “did you forget to invite me?”

Ex2: in Giselle, before Hilarion calls Albrecht‘s bluff he asks a bewildered Giselle “do you really think he loves you?”

Crosses arms in front of body in a low position.

Ex: when Giselle‘s mom (Berthe) says to the villagers “the Wilis will make wandering men dance till they die.”

Character makes a circle around the face with the palm of the hand.

Ex: in The Sleeping Beauty, before showing Prince Florimund (or Desiré) a vision of Aurora, the Lilac Fairy asks him “do you want to see something beautiful?”

Ex: in Swan Lake, when Prince Siegfried promises to Odette that he will marry her and thus break the swan curse.

In this sequence Berthe (Genesia Rosato) tries to warn Giselle (Alina Cojocaru) about the dangers of  too much dancing. She tells all villagers of the presence of Wilis in the forest who come out late at night to prey on wandering men. Note the miming of: cemetery/burial grounds (the crosses), wilis (the wings, the hand on her chin) dance and die.

In the prologue of the Royal Ballet’s current production of  The Sleeping Beauty you can see the complete sequence where Carabosse crashes Aurora’s christening and curses her, miming the gestures: forgot, listen, say, grow up, beautiful, die. The Lilac Fairy interrupts (“now you listen to what I have to say“) miming that if Aurora pricks her finger she will sleep until awakened by a kiss from a faraway land Prince.

Move to 1:10 to see the full mime sequence in this video of Kevin McKenzie’s Swan Lake production for ABT. The promise sign is mimed twice, first by Odette (Gillian Murphy) when she is telling her story to Prince Siegfried (Ángel Corella) and then by the Prince. Odette also uses mime to explain she is the Queen of the swans.

Royal Ballet’s Johan Kobborg characterised as Madge tells James’s fiance Effie and her friends their fortunes in this Bolshoi staging of La Sylphide (Move forward to 0:35). Notice how Madge predicts that Effie shall marry Gurn instead of James.

Birthday Offering / A Month in the Country / Les Noces: A Photo Gallery

The one that almost got away: before the new Royal Ballet season kicks off, a previously unpublished gallery of the summer triple bill that…