As the season kicks off Â Birmingham Royal Ballet (BRB), one of the UK’s top three ballet companies, celebrates its 20th anniversary as a Birmingham resident.Â Over the years it has evolved from being the Royal Ballet‘s “touring arm” into shaping its own style: a mix of core repertoire alongside new original full-length narrative ballets, showing a degree of experimentation and risk taking uncommon to big ballet companies. Here we look at the past and present of this unique company:

As the name indicates, the Birmingham Royal Ballet is historically linked to the Royal Ballet. They both originated in 1926 when Ninette de Valois founded the Academy of Choreographic Art, her first step towards creating a ballet company with a supporting school. Through Lilian Baylis and her theatres, The Sadler’s Wells and the Old Vic, de Valois found a way to give her company a base and by 1931 she had established the Vic-Wells Ballet and Vic-Wells Ballet School at the Sadler’s Wells Theatre. 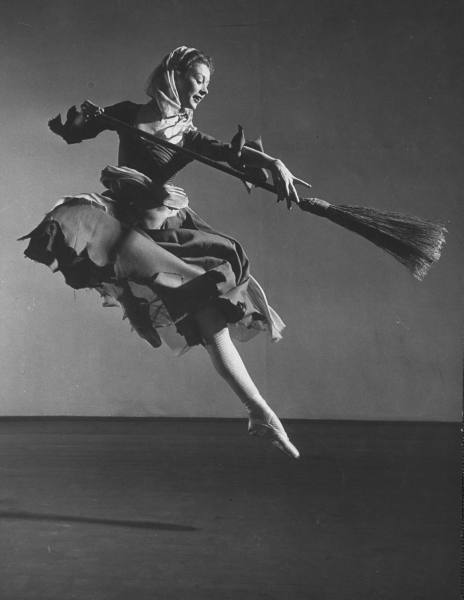 In 1939 both company and school lost the “Vic” tags to better align with their base at Sadler’s Wells, but the subsequent destruction of Sadler’s Theatre during the war dislodged the company and forced it to become a touring troupe known as the Sadler’s Wells Ballet. The end of the war saw the company’s return to the refurbished theatre until its split into two in 1946: the main company and school moving to a new home at the Royal Opera House (eventually becoming the Royal Ballet) and a smaller sister company – the Sadler’s Wells Theatre Ballet -Â  created to handle touring performances under the supervision of artistic director John Field.

This sister company would later become the Birmingham Royal Ballet but at this point it continued to change and accrue different names. From 1955 to 1977, having left its base at the Sadler’s Wells Theatre to perform in theatres all around the country, it was known as the Royal Ballet Touring Company. A Royal Charter had been granted to recognize the company’s independence and status but it still functioned as a touring “branch” of the Royal Ballet. By 1970 the company had effectively regained its base at Sadler’s Wells so in 1977, with the arrival of Sir Peter Wright as artistic director, it was renamed Sadler’s Wells Royal Ballet.

In addition to performing at home, the BRB regularly visits some of the most important stages around the UK such as the London Coliseum, Sadler’s Wells Theatre, Symphony Hall, The Lowry, etc. It also continues to increase its international presence after successful tours around the US, Hong Kong and South Africa.

Given their shared origins the BRB style has common elements with the Royal Ballet’s: in their repertoire, with plenty of narrative ballets, and in dancers who are able to emphasize drama and theatricality when performing those. AD David Bintley has furthered the company’s range by continuously creating or commissioning new pieces, with particular focus on the difficult genre of narrative ballet. He has created ten full-length story based ballets (with half of them having been created for BRB and most of them still in repertoire), of which the most successful have captivated audiences and continue to attractÂ  new ones. In contrast, the Royal Ballet’s investment in full-length original commissions has been slimmer, the last one having been Twyla Tharp‘s 1995 A Worldly Wise and the next one, Christopher Wheeldon’s Alice in Wonderland, currently announced and planned for the 2011 season.

In an ever more globalized ballet world, BRB seems to beÂ  creating its own history, developing its own character. It has shown to be a daring company which is capable of attracting regular audiences with original works. Instead of bringing predictable classics (e.g. Swan Lake, The Sleeping Beauty, etc.) onÂ  tours around the country, they aim to keep a balance with many works by the great 20th century choreographers, such as Ashton, Balanchine, Cranko, de Valois, MacMillan, Robbins and Tudor. With such a pick’n’mix, it is no wonderÂ  their fanbase keeps growing.

Many well known Royal Ballet names began their careers with the BRB: from Nadia Nerina and Lynn Seymour to Darcey Bussell, Miyako Yoshida and Leanne Benjamin.

Through its association with the Elmhulst School of Dance, BRB aims to develop its own talent to feed into the company’s ranks, but plenty of dancers come from other vocational schools such as the Royal Ballet School or internationally, as is the case with Principal dancers Nao Sakuma (Japan), Chi Cao (China), Elisha Willis (Australia), CÃ©sar Morales (Chile) and Ambra Vallo (Italy). Given its continuous flux of new ballets, the company attracts many dancers interested in having roles created on them.

Birmingham Royal Ballet has a solid online presence, with plenty of feature and reheasal videos on their website. Here are links to some examples:

The V&A mini site for “The Golden Age of Ballets Russes” has now been loaded with photos, links and events. Ahead of the exhibition…